Can you move the pointer with your mind?

About PK Dial Test and Trainer


Psychokinesis (PK) is the ability to influence an object or physical process using the power of the mind. Parapsychologists have devised several ingenious methods of testing PK, many of which (as here) examine whether people can influence apparently random events.


This PK test and trainer is based on an expermental procedure developed by the parapsychologist Helmut Schmidt in the late 1960s.


Because the two outcomes are equally likely, the position of the light should stay fairly constant - it should not move consistently in either a clockwise or anticlockwise direction.


However, Schmidt found that some people were able to influence the movements of the light in one direction or the other, showing evidence of psychokinesis.


Psychokinesis Dial Test & Trainer uses a similar procedure, except that the circle of lights is replaced by an arrow which randomly moves either clockwise or anticlockwise.


First select how long you want the session to last. Then click the Start button.


The arrow will fluctuate back and forth at random. You should try to influence the movement of the arrow in your chosen direction.


The session will automatically end when the time is up. If you wish to end the session early, then click Stop. Your results to that point will be shown.


When the test is completed, or when you click Stop, your results will be analyzed statistically (if there are sufficient data).


When analysing data for research purposes, you should only use results from fully-completed sessions (to avoid the problem of stopping when the results are going well).


The analysis uses the z-test which compares the number of clockwise and anticlockwise movements (which should, on average, be equal).


The z-test calculates the probability (p) of obtaining results that differ from those expected by chance. If the probability is less than 1 in 20 (0.05), the results are said to be statistically significant and may be evidence of psychokinesis.


If you wish to carry out and analyse results from a number of sessions, you should record the clockwise and anticlockwise moves for each session.


You may then combine these data and test them using our Hit-Miss Psi Test Statistical Calculator. Choose the Open Deck testing procedure with hit probability of 1 in 2. The total number of trials is the total number of clockwise AND anticlockwise movements combined. The number of hits is whichever frequency corresponds to the intended outcome in each session. 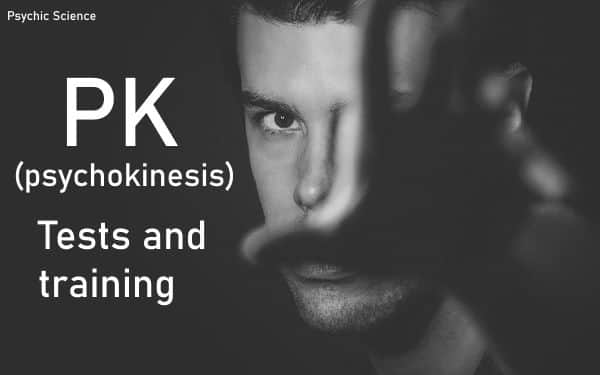 Are you a PK champion?